The mission of the Ross laboratory is to study how genes direct the construction of cellular organization and connectivity of brain. Three major projects encompass: 1) neural tube formation, 2) the role of cell cycle regulation in patterning brain, and 3) cytoskeletal regulation in motile neurons required for migration and synaptogenesis. Our approach combines basic science and clinical genetic components. 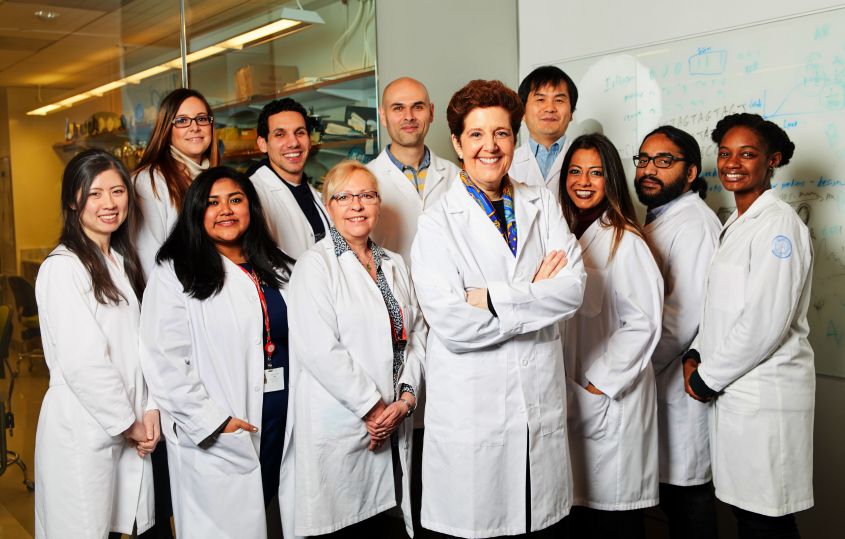 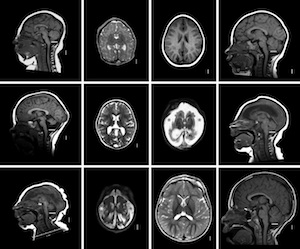 Microcephaly.  The many genetic and environmental factors leading to microcephaly (small brain) together affect 2% of the population worldwide.Most of these disorders arise from failure of cell division to generate sufficient neurons and glia during embryonic and early postnatal development. Supported by multi-investigator NIH and Qatar Foundation grants our studies in neurogenesis were the first to recognize that the cell cycle protein, G1-phase active cyclin D2 (cD2) has an important role in brain formation. Loss of cD2 leads to cerebellar hypoplasia and microcephaly with selective interneuron deficits in both cerebellum and forebrain, due to the differential use of cD2 and cyclin D1 (cD1) in precursors of developing brain. These interneuron deficits lead to behavioral abnormalities and seizures due to inhibitory GABA deficits. Our studies show that cD2 expression is critical for intermediate progenitor proliferation in the mouse subventricular zone (SVZ) and that cD2 is the predominant cyclin expressed in the human fetal SVZ at 19 gestational weeks, suggesting particular importance of cD2 for human brain development. With collaborators, we have now identified gain of function mutations in cD2 in patients with a syndrome of megalencephaly (enlarged brain). Particularly in neurogenetic studies building at WCMC-Qatar, we are finding new gene associations causing structural brain disorders that we are studying in the lab. 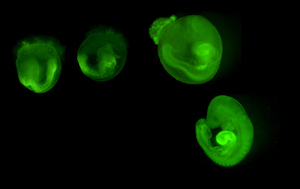 Spina bifida. Neural tube defects (NTDs), principally spina bifida and anencephaly, affect an estimated 140,000 or more live births annually worldwide. Using both animal models and human populations, we investigate the complex genetic and gene-environment interactions that predispose to NTDs. We showed that prenatal folic acid (FA) supplementation could prevent NTD in the Crooked tail (Cd) mouse strain in a manner that closely paralleled human clinical experience. We identified the Cd gene defect in the Lrp6 co-receptor required for Wnt signaling, an essential pathway in early brain development. We illuminated a previously unrecognized interaction between FA supplementation and Wnt signaling, demonstrating that both low and high FA levels attenuate the response to Wnt stimulus. This was the first demonstration that FA supplementation could have harmful effects on neural tube closure, depending on individual genetic background. We are now leading a multi-center clinical effort, supported by multi investigator grants from NIH, and support from the Qatar Foundation to discover genetic and epigenetic traits causing NTDs. Whole Genome Sequence analyses identify human polymorphisms, and ‘omics’ approaches seek epigenetic fingerprints and metabolic markers indicating increased NTD risk.

Click here for a short clip on Translational Research into Neural Tube Defects by Drs. Ross and Mason 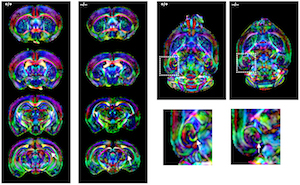 Epilepsy and Behavioral disorders relevant to Schizophrenia and the autism spectrum. We discovered the unexpected role of a gene associated with lissencephaly (smooth brain), Lis1, in signal transduction through small GTPases to the actin-based cytoskeleton of motile neurons. Lis1 participates in the dynein protein motor complex component of intracellular transport, and many consider Lis1 synonymous with dynein function. However, our studies indicate Lis1 is also required for signalling that modulates actin rich structures like growth cones and filopodia. We investigate the ability of Lis1 to regulate plasticity of neural networks and behavioral consequences relevant to schizophrenia, autism, epilepsy, and in our recent studies, dementia.

Our long term goal is to gain insights into the functional significance of human genetic variation and gene-environment interactions on the brain throughout the human life cycle.

To this end, we encompass human studies of population genetics, epigenetics and other “omics”, investigations in dissociated cell culture, tissues, and animal models including mouse and zebrafish to generate proof of principle insights and hypotheses.

Our ultimate goal is to bring these insights back to clinical use for disease risk assessment and individualization of disease prevention and treatment.