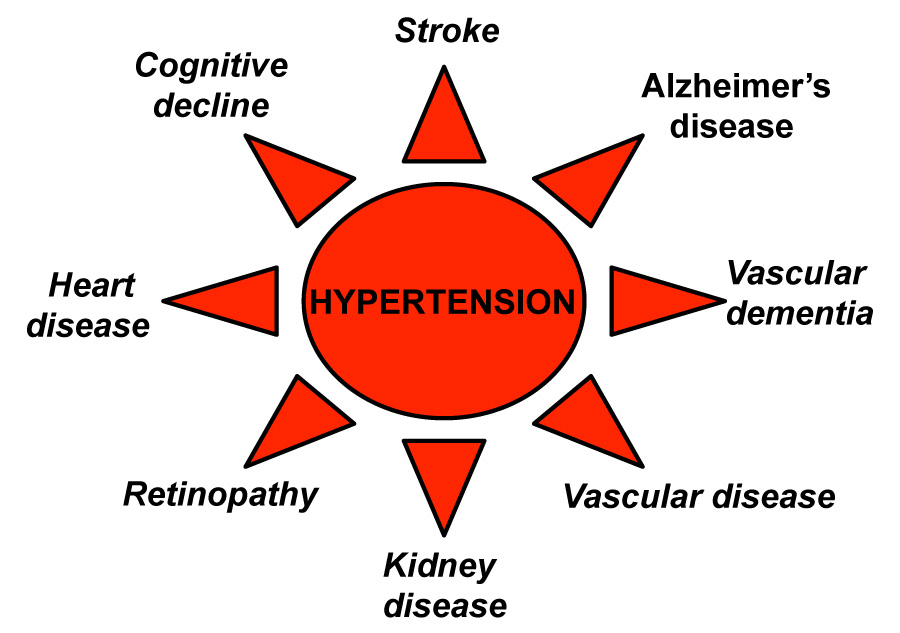 Hypertension is a major risk factor for diseases of systemic organs, the vasculature, as well as the brain.

Hypertension is a leading contributor to the global burden of disease and is a major yet modifiable risk factor for renal, cardiovascular, and cerebrovascular disorders. The hormone Angiotensin II (AngII) plays a critical role in blood pressure regulation, hypertension, and anti-hypertension therapeutics. Preclinical evidence indicates that AngII contributes to hypertension, in part, by acting in the brain, however, how it does this is incompletely understood.  A major goal of this lab is to improve our understanding of the relationship between AngII, the neural control of blood pressure, and glutamate signaling in the hypothalamus, a key coordinator of autonomic and neurohumoral systems involved in blood pressure control. 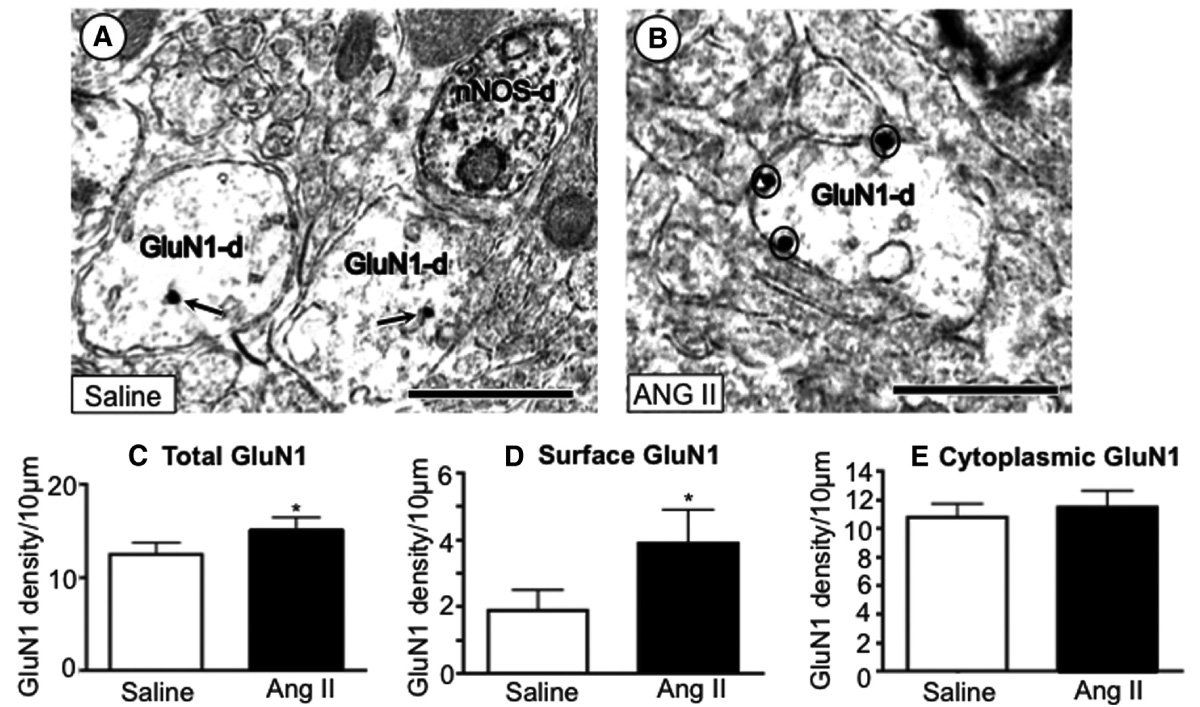 Using high-resolution nanogold immunohistochemistry, we provide evidence that AngII-induced hypertension is associated with a significant increase in the distribution of the essential NMDA GluN1 receptor subunit near presumably functional sites near the plasma membrane (circles) of dendrites (GluN1-d) of PVN neurons.

We have provided evidence that functional hypothalamic postsynaptic NMDA receptors, likely, in part, by modulating the production of reactive oxygen species and nitric oxide, play a critical role in the emergence of hypertension induced by AngII.  In particular, we have shown that AngII-dependent hypertension is associated with an increased accumulation of NMDA receptors at the plasma membrane of dendrites of PVN neurons.

In addition, using the Cre-lox system, we have also shown that spatial-temporal deletion of the essential NMDA GluN1 receptor subunit in PVN neurons suppresses the hypertensive response to AngII.

Ongoing studies are also directed at elucidating the role of sex differences in hypertension susceptibility. 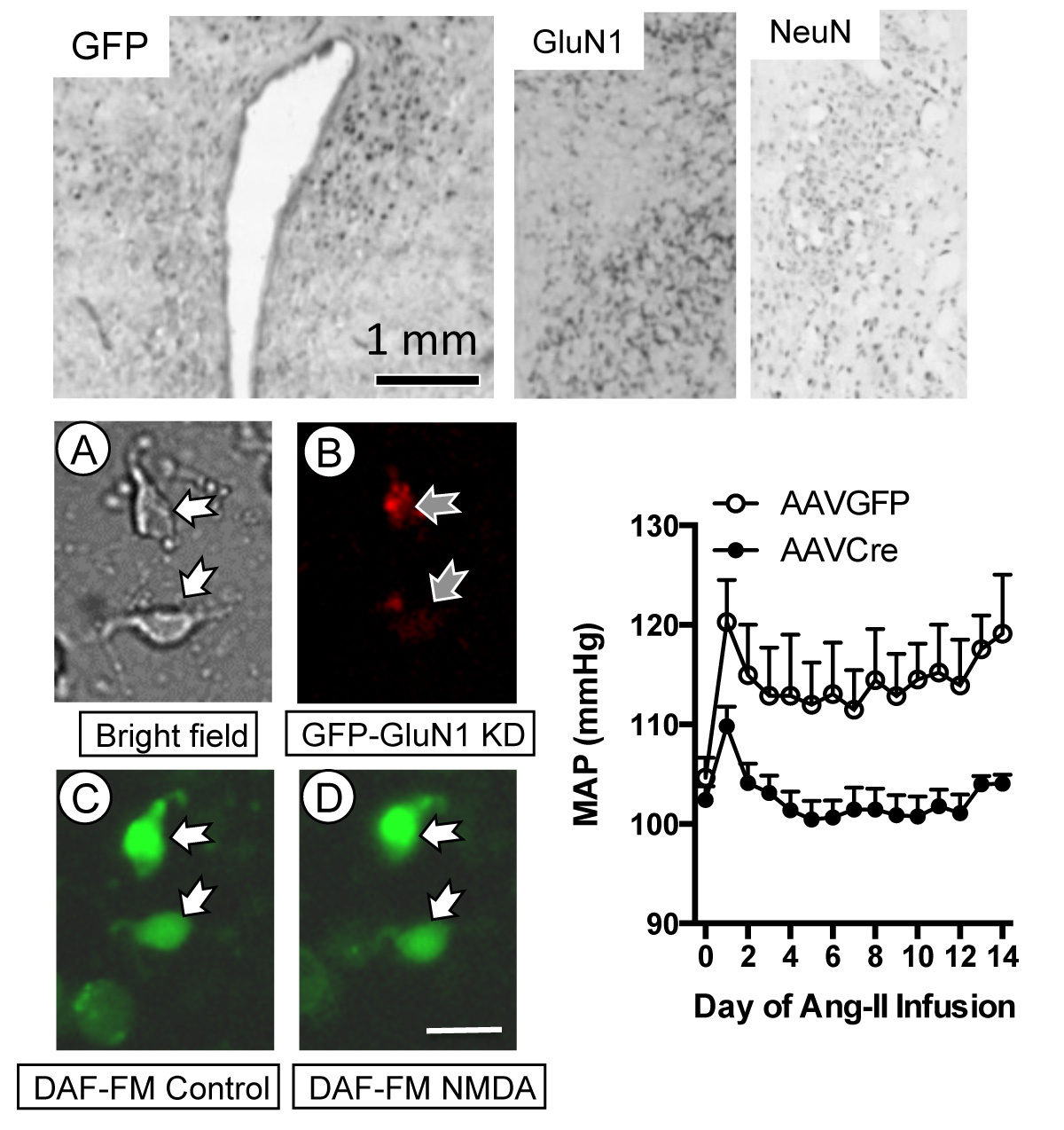